The career of this interior designer began in accounting 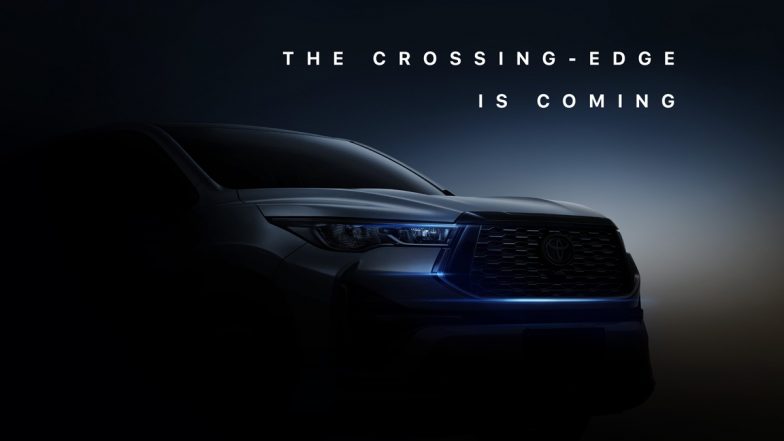 The exterior and interior design of the Toyota Innova Hycross has been leaked ahead of its official unveiling on November 21, check out the details here

For interior designer Beth Diana Smith, the path to interior design began with numbers. Math came easily to her and at age 10 she said, “I knew I wanted to be an accountant.”

She received a BA in Business Administration and an MA in Professional Accounting from Seton Hall University. â€œI like understanding the rules, the processes and the final answers,â€ said Ms. Smith, 41, who grew up in Montclair, New Jersey. â€œNo one in my family is creative.

At 23, she bought a two-bedroom townhouse, in part because becoming a young owner seemed financially wise. Another incentive: her mother, recently suffering from dementia and heart problems, could come and live with her. Ms Smith turned to corporate finance in her mid-20s, while working at Johnson & Johnson.

In 2008, she joined the finance team of MTV International, based at the headquarters of parent company Viacom in New York. â€œIt was a step up from what I was doing, and it sounded interesting,â€ Ms. Smith said. She became Director of Finance for International Digital Media in 2010 and less than a year later became Director of Finance for MTV’s International Programming. Ms Smith hesitated before taking the job because her mother had just died. But she took the job and quickly worked with the CFO and President of MTV International and traveled the world. â€œI was staying in hotels enough that I missed my house,â€ she said.

In her little spare time, Ms. Smith redecorated, indulging in a passion for interior design that was kindled by home ownership. â€œMy mother having left, I felt that I had to change the atmosphere of the house,â€ she said. â€œIt’s a common thing, I learned. Whenever someone loses someone at home, they are inspired to do things over again. Reviewing design blogs and magazines, she realized that she could do something useful with her knack for organizing small spaces. In early 2009, she hung her shingle as a professional organizer. Over time, customers started asking for help beyond their closets and pantries, and by the end of the year the business evolved into an interior design firm, which Ms. Smith was leading in parallel with her corporate career.

Although she still aspired to be a CFO, she stopped taking clients and enrolled part-time at the New York School of Interior Design in 2011. â€œHe’s my technical brain,â€ she says. “If there’s anything I want to learn, I have to go to school for it.”

She put her organizing business aside to focus on work and school. Three years later, “I was exhausted,” she said. She worked too much to have time with friends and was not happy at work. â€œMore and more I was overwhelmed by the cutthroat behavior of people around me, from the VP level and above,â€ she said.

During a stay in May 2014, she decided to quit. â€œI immediately started to feel this feeling of peace,â€ she says. “The stress was gone and I thought, this is how humans are normal.” It was scary to quit and shut the door on her corporate career at 34, but it freed her up to spend the summer and fall finishing her education and catching her breath. The following January, she began taking clients as a full-time interior designer.

Her first client was a referral from New York interior designer Sheila Bridges, whom Ms. Smith met through the Black Interior Designers Network. Former colleagues have started to refer clients. â€œIt was slow,â€ Ms. Smith said of her initial growth. “I had done six figures, and it wasn’t close to that.” She marketed her design services, in part by strengthening her social media presence.

If you could completely change your job, which industry would you join? Join the conversation below.

As the demand increased, she developed her exuberant and colorful style. â€œI think you need to know the rules and understand them before you break them,â€ she said. Ms. Smith incorporates skills learned in finance, such as managing budgets and creating top notch presentations for clients. It charges a fixed fee. â€œIt’s a lot simpler,â€ she says. “I’m not a big fan of managing timesheets.”

His days are filled with in-person consultations with potential clients, writing proposals, and creating on-going room designs on AutoCAD software. She is also procuring furniture, following up with vendors, and taking to social media. Business has picked up since the pandemic hit, thanks to Covid’s interior design boom. Ms. Smith typically juggles half a dozen projects at a time. Potential clients have to wait four to six months to start a project with her.

Her income is still lower than her company salary, taking into account the year-end bonus and 401 (k) equivalency she received previously. There are no paid sick days and the work is harder. â€œI never drank hard alcohol before I became an entrepreneur,â€ said Ms. Smith. â€œOnce I started doing this full time, at aperitif time, I didn’t want any more wine. I wanted bourbon.

She tried to take better care of herself. â€œIf I don’t take a weekend I’m going to be cranky and I’m going to be tired and that’s not how I work at my best,â€ she says. Other essentials: time with friends and monthly facials.

Aha moment: Ms Smith was already attending a night school for interior design when she took a break to reconsider pursuing the corporate ladder. â€œI immediately started to feel this feeling of peace,â€ she says. “The stress was gone and I thought, this is how humans are normal.” She gave him two weeks’ notice the day she returned to the office.

Tips for changing careers: “If you want to quit your job, make sure you have at least 12 months of monthly expenses set aside.” And don’t buy things that aren’t absolutely necessary. “Do you need 5,000 business cards now?” You don’t.

Growing up, Ralph Gilles noticed the “ugly 70s” of the automotive industry, how the flashy …